By clicking the link(s) above, you will be taken to an external website that is independently operated and not managed by GSK. GSK assumes no responsibility for the content on the website. If you do not wish to leave this website, do not click on the links above.

You are now leaving Sensodyne site and moving to an external website independently operated and not managed by GSK.

Back to Sensodyne Rapid Relief 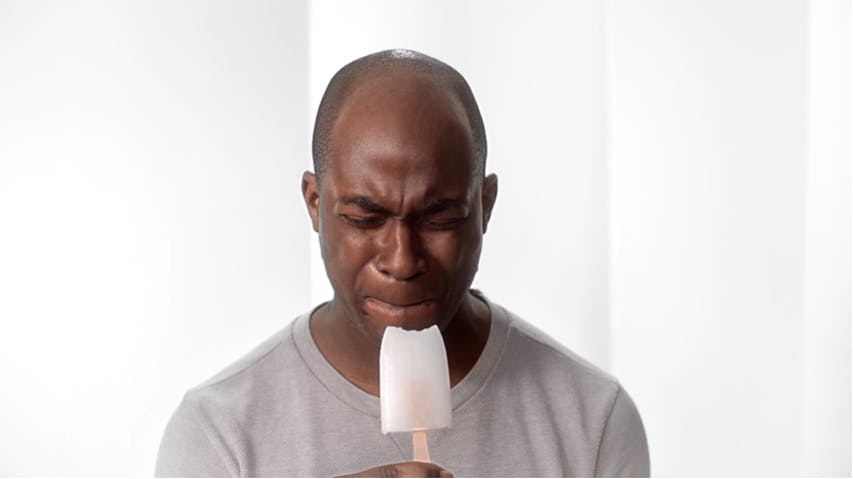 All the patients featured were encouraged to visit their own dentist as part of their participation in the SENSODYNE Faces of Sensitivity Project and consented and agreed to help SENSODYNE provide educational material for the benefit of raising awareness of what tooth sensitivity is.

People describe the pain of sensitivity in lots of different ways. The sufferers who took part in the latest Sensodyne campaign film described it as a sharp, stabbing pain, like nails running down a blackboard or being stabbed by needles. One thing is clear: it is an intensely unpleasant sensation.

“Most people will describe sensitivity as a short, sharp sensation that they get after having something hot or cold or something sweet,”1 explains dentist Nisha Farma. But this physical discomfort is just the beginning of the story when it comes to the impact of sensitivity.

No one likes being in pain, but despite one in three people experiencing sensitivity, only one in three take steps to treat the problem,2 with most finding other ways to cope with it instead, like avoiding certain food and drinks, drinking through a straw or putting their tongue over their teeth to protect them. While these might help to avoid pain, they may also have a big impact on their quality of life.

As part of the Sensodyne campaign film, sufferers explained some of the ways tooth sensitivity impacts on their lives.

All the participants said they avoided the food and drink that they know triggers their sensitivity. Oliver declared: “I would never in a million years bite into an ice lolly,”3 while Juliana confessed: “you have to be quite careful when you are out with friends as you don’t want to trigger it. Having sensitive teeth can be quite depressing.”4

It’s clear that the pain of sensitivity isn’t something you can ignore.

Pain is just the start

“With dentine hypersensitivity the pain is just the start. It’s like the bit of grit in your shoe. It’s only a little thing, but a little thing can cause ripples right through your life,”5 explains Professor Peter Robinson, Head of the School of Oral Health and Dental Science at the University of Bristol. “If we think about the effect that pain might have on your everyday life then it’s huge. People talk about avoiding ice cream and cold drinks, about avoiding going out. Somebody had even put off going on holiday because it was cold weather,” he continues.

The issue is that many people have got so used to coping with their sensitivity that they have no idea that there are simple and effective ways to treat this problem. “A lot of people don’t even mention it because they’ve got so used to having it and managing the pain of sensitivity”,6 explains Farma.

However, it’s important to get your teeth checked by a dentist if you experience tooth sensitivity pain. A dental professional can identify if there is a more serious cause, but if dentine hypersensitivity is diagnosed, the good news is it’s easy to treat.

“If a patient is diagnosed with dentine hypersensitivity this is not something they should have to put up with,” explains Farma7.“I think people think there is nothing they can do about it, but there is.”

Live life to the full

If you’re among the 1 in 3 people who experience sensitive teeth or part of the 70% of sufferers who say sensitivity takes the pleasure out of eating and drinking, new Sensodyne Rapid Relief is the simple solution to sensitive teeth.

So, the next time you wince, or find yourself saying “no” to your favourite foods and drinks in an attempt to avoid the pain of tooth sensitivity, ask yourself if there might be a fast and easy solution. 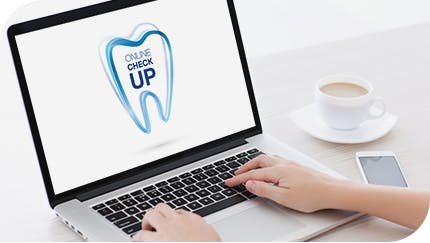 Take the Sensodyne Online Check Up

Do hot, cold, and sugary foods sometimes cause sudden, sharp pains? You may have tooth sensitivity. Take the Sensodyne Online Check Up to find out about sensitive teeth and the products that can help you.

Take the Sensodyne Online Check Up

The Faces of Sensitivity